Avoiding Conflict When Planning Your Estate 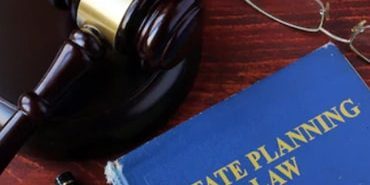 Estate planning involves liquidity, whether it is physical cash or something that can be sold for cash like jewelry or real estate. Cash, as most of us learn as we get older, can cause those that desire it to do strange things. So one of the first things to consider when creating an estate plan is to recognize that if you don’t plan wisely, your plan is can lead to animosity, friction and even lawsuits amongst family members instead of being thankful for the fact that you have planned and are leaving them something behind. Based on this avoiding conflict after your death as best as possible should be a one of your prime goals as you sit down with your attorney to discuss estate planning.

To begin ask yourself if you proceed with your current vision for distribution of assets after your gone can you foresee it causing any sourness among your family members. If such potential for sourness does exist, try to envision what can be done to avoid it or minimize it today. One thing that you should remember when planning your estate, is that sourness doesn’t only arise over assets that are worth a lot of money. Some family members can have strong attachments to certain family heirlooms and may be angered and dissatisfied that they will not be the ones to receiving them.

In this blog we will explore some basic situations and potential considerations for avoiding any family conflict by providing you with two different scenarios:

To sum it all up, money and physical possessions can make people act in mysterious ways often leading to heated disputes and fights. It is best when planning you estate to take into considerations potential scenarios that might leave your loved ones fight with one another. With this being said it isn’t always possible to satisfy everyone and you should always take into account your own feeling and wishes when it comes to your estate planning. For expert guidance and assistance creating an estate plan call our office and schedule your free estate planning consultation with one of our experienced estate planning lawyers.